A patent is a federal government-approved monopoly that provides exclusive rights to practice an invention in the U.S. for a limited period of time (20 years from filing of the application). Patents provide critical economic incentive for innovation. Patents consist of a specification, drawings (where necessary to understand the invention), and claims. The “specification” must contain a detailed description of the invention and must specifically describe the advance over what was previously known. Drawings, while not, strictly speaking, necessary in all instances, are very helpful to ensure that the invention is fully and adequately described. Every patent must contain at least one claim. A claim is a sentence, appearing at the end of the patent, after the specification, precisely defining exactly what the invention is, legally speaking. Further, the claims must be adequately supported by the specification. This requires that the description of the invention set forth in the specification enables a person possessing an ordinary level of skill in the pertinent field to make and use in the invention without having to engage in undue experimentation.

Patents are not self-executing (though simply possessing the patent may have some deterrent effect with regard to would-be infringers). Accordingly, much of a patent’s value depends upon the ability and willingness (both actual and perceived) of the patent owner to enforce the patent rights if necessary. Enforcement in this regard refers to initiating a patent infringement lawsuit in U.S. federal district court. While a full patent infringement litigation can be costly, most such actions settle prior to going to trial. As part of that settlement, the accused infringer may take a license under the asserted patent(s). Another consideration to bear in mind, however, when deciding whether or not to initiate a patent infringement lawsuit, is that, in the vast majority of cases, the accused infringer will challenge the validity of the asserted patent(s). Such validity challenges may be based upon, among other grounds, an argument that the patent should not have issued because it is not new, or while new would nonetheless have been obvious, or that the invention is not adequately described by the specification. Many patents that are asserted in litigation are held to be invalid. It, therefore, very much behooves patent applicants to take steps to help ensure that they are obtaining the strongest possible patent up-front.

The Chicago IP attorneys at Chiacchio IP, LLC have substantial experience handling the following sorts of matters relating to patents:

A trademark is a word or symbol that serves as a unique identifier of a source of goods or services. Trademark protection is critical in business because it protects against competitors improperly benefiting from a business’ goodwill in the marketplace and strong business reputation.

Trademark rights result from one’s being the first to use a mark in commerce. Federal registration is not a prerequisite to obtaining trademark rights in the U.S. There are, however, benefits to federal trademark registration. Where a trademark is registered on the Principal Register maintained by the U.S. Patent and Trademark Office, these benefits include, among others, providing constructive notice to the public, including would-be infringers, of one’s trademark ownership claim; entitlement to a presumption of ownership of the trademark and to the exclusive right to use the mark nationwide; and inclusion in the federal trademark database, which will be searched by the trademark examiner when deciding whether to allow others’ trademark applications.

Where a party chooses to file a trademark infringement action to enforce their trademark rights, they will need to establish a likelihood of consumer confusion as between the trademarks at issue. Opposition proceedings are administrative proceedings presided over by the Trademark Trial and Appeal Board (TTAB) of the U.S. Patent and Trademark Office and may be initiated by those seeking to have a pending trademark application rejected (for example, based on likelihood of confusion with another mark). Cancellation proceedings are very similar to opposition proceedings procedurally but involve requests to cancel the federal registration of already-registered trademarks. While the recourse available to a party initiating an opposition or cancellation proceeding is limited to rejection or cancellation of the trademark application/registered trademark, much broader potential recourse is available in litigation in the courts. Courts have the authority to award monetary damages as well as an injunction preventing continued use of a mark.

With regard to the distinct but related area of law concerning rights to one’s name and likeness, Mr. Chiacchio has significant experience counseling clients regarding such matters and preparing cease-and-desist letter addressing such matters.

Copyright protects original, creative, expressive content that has been fixed in a tangible form. The categories of work eligible for copyright protection include, generally, the following: literary works; musical works; dramatic works; pantomimes and choreographic works; pictorial, graphic, and sculptural works; motion pictures and other audiovisual works; sound recordings; and architectural plans. Copyright owners possess the exclusive right to reproduce/copy the work, to distribute the work publicly, to publicly display the work, to prepare derivative works, to perform the work publicly (where applicable), and to publicly perform sound recordings of the work through digital audio transmissions (where applicable).

More specifically with regard to trade secrets, the following three elements are required in order for information to qualify as a trade secret:

Trade secrets may take the form of a formula, practice, process, design, instrument, pattern, commercial method, or compilation of information. As long as appropriate steps are taken to maintain the secrecy of such information, trade secret protection may extend indefinitely. Further, aside from measures such as non-disclosure/non-dissemination agreements and security precautions to preserve the confidentiality of the trade secret, obtaining trade secret protection does not entail any independent costs. Rather, if the criteria referenced above are met, such information will be deemed a protectable trade secret.

Notwithstanding these benefits to trade secret protection, there are drawbacks as well. The drawbacks include that there is no recourse under trade secret law for reverse engineering by others or if someone else independently develops the same trade secret. For these reasons, there is no such thing as a trade secret infringement claim (as provided for under patent, copyright, and trademark law). Rather, the only enforcement mechanism for trade secrets is a claim for misappropriation (i.e., theft) of the trade secret where possession was obtained improperly.

Chiacchio IP, LLC makes an effort to keep overhead expenses low. This is why we are in a position to provide cost-effectiveness that large law firms simply cannot (or will not) provide. Critically, however, the quality of service is on-par with (or, in most cases, superior to) that which you will get with any firm. Ted began his career by gaining years of comprehensive training and experience with two top international law firms. Ted, more recently, practiced for just short of a decade with a law firm that is consistently ranked by multiple publications as a Tier 1 (nationally) intellectual property law firm (a classification that includes less than 10 firms). This combination of low overhead and top-tier training and experience allows for an immense value-add for clients.

Chiacchio IP, LLC offers customized billing options for all of its clients. While certain clients choose a traditional hourly-based billing model, many others prefer project-based, flat fee billing options. Ted appreciates that the certainty provided for by flat fee billing oftentimes can be an attractive option for many businesses and individuals. Depending on the specific nuances of a particular matter, however, hourly billing may be a better option in certain instances (for example, where there is a high degree of uncertainty as to how a matter may unfold). For all matters, Ted strives to be efficient and provides detailed monthly statements setting forth all activity undertaken. Ted believes strongly that full transparency is a key tool for effective attorney-client communication. 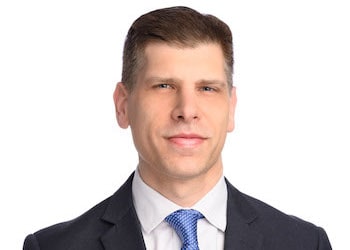 View More
Client Reviews
★★★★★
When I first started looking for a lawyer in the US, I had no idea what to expect. I represent an international online retailer from China and we were unfamiliar with the US legal system. An urgent legal message from the plaintiff regarding a trademark infringement case started my search for an experienced trademark lawyer. After calling and speaking to a wide variety of costly lawyers and law firms, I realized that Ted was one of the few personable, professional, and intelligent options that I came across during my search. Not only did he show me that he valued my time, but also my opinion and decisions regarding the case. If you are currently looking for an experienced trademark lawyer for your case, I strongly recommend you give Ted or his office a call and see what they can do for you. 老单
★★★★★
Ted is an outstanding Intellectual Property attorney that truly cares about his clients' needs. During one of the most stressful times of my life, Ted gave me the assurance and confidence that everything would be okay. His knowledge and expertise allowed us to find a swift and positive solution to my matter. As a lawyer myself, I can honestly say that Ted is a world-class attorney and I highly recommend him to anyone that has Intellectual Property needs. Blake Hall
★★★★★
I am a financial executive who has worked in the life sciences industry (pharma/biotech/med device) for over 15 years now. I have known Ted for over 20 years, during the course of which he has provided to me patent and other intellectual property-related advice. Ted has an extraordinary depth of patent law knowledge gained from many years of practicing at top tier corporate law firms. I find him to be incredibly thorough, thoughtful, practical and responsive and look forward to continuing to benefit from his capabilities and guidance in the future. Scott Kain
★★★★★
Working with Chiacchio IP was extremely easy and a great experience. Very knowledgeable and was able to help with my trademark matter in a responsive and timely manner. Highly recommend! Andrew Gilman, Owner, Northline Property Group
★★★★★
Theodore Chiacchio offered us exceptional help with our legal situation. He is extremely knowledgeable and responsive. It was apparent from our first conversation that he was right on track and knew exactly what to do to provide us with security and an outcome that was both fair and reasonable. We felt at ease and confident with Theodore. In what was a very difficult and unwanted situation he made much easier. Rebecca Cappelli, Owner, Songbird Studios Inc.
View More
Submit a Law Firm Client Review
Bar Admissions and Professional Licenses