360° Intellectual Property Expertise™
Are you interested in evaluating whether a particular trademark
is available or whether use of a mark will infringe others' rights?
Ask About Our À La Carte Dispute Resolution™
Learn More
Home
Practice Areas
Patents 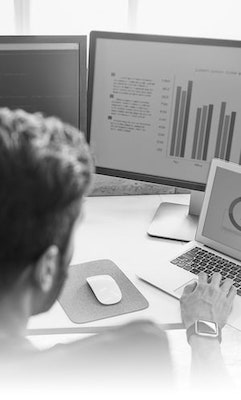 Patents provide their owners with the right to exclude others from practicing the invention for a limited period of time. “Utility patents” are granted for useful, new, and nonobvious inventions and the term of a utility patent generally extends 20 years from filing of the application. “Design patents” are granted for the ornamental features of a manufactured item and have a term of 15 years from issuance.

While there are benefits and drawbacks to each form of intellectual property protection, patents are, generally speaking, a strong form of IP protection. Infringers of a patent are held “strictly liable,” meaning that it is not an acceptable excuse that the infringer did not know about the patent, independently arrived at the invention, or reverse engineered the invention. Not all patents are created equal though. It is critical that the claims of the patent (the section of the patent that defines the invention legally) are written to be broad enough to encompass all anticipated infringing embodiments in order to guard against attempts to carefully “design around” the patent claims. The claims cannot be too broad, however, because if they cover anything already known they will be rejected by the patent examiner or, if mistakenly allowed by the examiner, potentially invalidated in later proceedings. For these reasons, it is critical that patent claims are drafted with a high degree of precision and only after careful, extended consideration and analysis conducted by an experienced patent lawyer.

I wish that I could tell you that once your patent has issued, you are in the clear; this is not the case, however. In order to extract value from your patent, others must believe that you are willing and able to enforce the patent through patent infringement litigation if necessary. If successful in creating that perception, there are several measures of value that a patent may yield. For example, one might wish to license out their patent rights and receive passive income from royalties earned under the license. Patents may also be used for their deterrent effect to keep competitors off the market. Patent-owners can sue infringers in federal court and may potentially be awarded a court order keeping would-be infringers off of the market (i.e., an injunction). Or maybe the patent-owner wishes to enter the market themselves and the specific technology covered by the patent will provide them with a significant advantage because the patent owner will be able to exclude competitors from using that technology. Patent owners may also wish to enter into cross-licensing agreements with owners of related patents. Regardless of your strategy for realizing value from your patent, any such value will be directly proportional to the strength of your patent. Retaining an experienced patent lawyer to help you obtain your patent for you will substantially increase the likelihood of your being issued the strongest patent possible.

Chiacchio IP, LLC regularly prepares and files patent applications for its clients and prosecutes the applications through to issuance. Further, Chiacchio IP’s Founder and Owner Ted Chiacchio is an experienced, U.S. Patent and Trademark Office-registered, patent lawyer with over 15 years of experience litigating patent infringement cases. Ted has played an active role in many, high-stakes, patent infringement trials in U.S. federal district courts throughout the country. If you are considering pursuing patent protection for your invention; you have a patent and believe that others may be infringing your patent; or someone is alleging that you infringe their patent, Chiacchio IP, LLC would welcome an opportunity to discuss your matter with you. Chiacchio IP, LLC does not charge a fee for initial consultations.

Contact Us
Practice Areas
Client Reviews
★★★★★
When I first started looking for a lawyer in the US, I had no idea what to expect. I represent an international online retailer from China and we were unfamiliar with the US legal system. An urgent legal message from the plaintiff regarding a trademark infringement case started my search for an experienced trademark lawyer. After calling and speaking to a wide variety of costly lawyers and law firms, I realized that Ted was one of the few personable, professional, and intelligent options that I came across during my search. Not only did he show me that he valued my time, but also my opinion and decisions regarding the case. If you are currently looking for an experienced trademark lawyer for your case, I strongly recommend you give Ted or his office a call and see what they can do for you. 老单
★★★★★
Ted took care of protecting a slogan and t-shirt idea in an extremely quick and efficient manner. He was very responsive, and I felt like I was very taken care of. Aaron Gang, Owner of Aaron Gang Photography
★★★★★
I am a financial executive who has worked in the life sciences industry (pharma/biotech/med device) for over 15 years now. I have known Ted for over 20 years, during the course of which he has provided to me patent and other intellectual property-related advice. Ted has an extraordinary depth of patent law knowledge gained from many years of practicing at top tier corporate law firms. I find him to be incredibly thorough, thoughtful, practical and responsive and look forward to continuing to benefit from his capabilities and guidance in the future. Scott Kain
View More
Submit a Law Firm Client Review